All Time Classic Family Movies for the Holidays

If the kids have exhausted the Netflix new releases, it’s time to head back to the holiday classics. These family movies from… a little while ago, have stood the test of time and are all set to be introduced to a new generation. Get the popcorn going and choose your DVD.

Labyrinth (1986)
After her baby brother is stolen by Jareth, the Goblin King, Sarah must brave the twisted labyrinth to rescue him.
Favourite Quote
Jareth: So, the Labyrinth is a piece of cake, is it? Well, let's see how you deal with this little slice…

Annie (1982)
The timeless tale of the little endlessly optimistic red-haired orphan who dreams of escaping her ‘hard knock life’ and finding a family.
Favourite Quote
Annie: The sun'll come out tomorrow, so you gotta hang on 'til tomorrow. Come what may. Tomorrow, tomorrow, I love ya, Tomorrow. You're only a day away.

The Land Before Time (1988)
Orphaned brontosaurus Littlefoot leads a group of young dinosaurs on a dangerous journey to try and reunite with their families.
Favourite Quote
Narrator: Then Littlefoot knew for certain he was alone, and although the Great Valley was far away, the journey there was perilous. He would have to find his way, or the chain of life would be broken.

E.T. The Extra-Terrestrial (1982)
Elliott discovers a stranded alien who he names E.T. But everyone is very interested in his strange new friend, and Elliott must protect him.
Favourite Quote
E.T.: E.T. phone home.

Jumanji (1995)
Two kids play a magical board game and unwittingly release a man who takes them on a dangerous quest.
Favourite Quote
Alan Parrish: Twenty-six years ago, you played a game with a little boy down the street.

Aladdin (1992)
When down-on-his-luck Aladdin meets Princess Jasmine and unleashes a magical genie from his lamp, he finds himself in a whole new world.
Favourite Quote
Genie: Three wishes, to be exact. And ixnay on the wishing for more wishes. That's it. Three. Uno, dos, tres. No substitutions, exchanges or refunds.

Raiders of the Lost Ark (1981)
Archaeologist and adventurer Indiana ‘Indy’ Jones must find the Ark of the Covenant before the Nazis reach it.
Favourite Quote
Major Eaton: Professor of archaeology, expert on the occult, and how does one say it? Obtainer of rare antiquities.

The NeverEnding Story (1984)
A lonely boy finds himself in a world of imagination and must set off on an epic quest.
Favourite Quote
Falcor: Having a luck dragon with you is the only way to go on a quest.

Where the Wild Things Are (2009)
Looking for adventure, Max finds himself on an island filled with monsters who adopt him as their king.
Favourite Quote
Max: Let the wild rumpus start!

Homeward Bound- The Incredible Journey (1993)
Shadow, Chance and Sassy escape from a California ranch to try and find their owners in San Francisco.
Favourite Quote
Chance: Cats are smarter than dogs, huh? Right. She doesn't even know the meaning of the word, "stay".

Home Alone (1990)
An eight-year-old troublemaker is accidentally left home alone by his family during Christmas vacation and must protect his house from a pair of burglars.
Favourite Quote
Kevin McCallister: I made my family disappear! 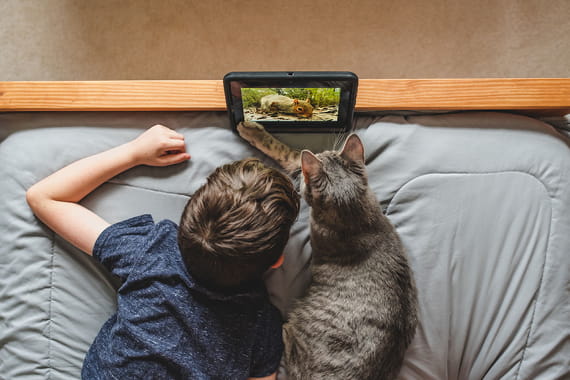 Back to the Future (1985)
High school student Marty McFly is sent into the past thanks to a time-travelling car and his friend Doc Brown.
Favourite Quote
Dr. Emmett Brown: Roads? Where we're going, we don't need roads.

Honey I Shrunk the Kids (1989)
When their scientist father accidentally shrinks his son and daughter to the size of insects they must battle the dangers of the backyard to get home.
Favourite Quote
Nick Szalinski: We're now a quarter of an inch tall, and 64 feet from the house. That's an equivalent of three-point-two miles. That's a long way. Even for a man of science.

Forrest Gump (1994)
Contemporary American history unfolds through the eyes of a man who unwittingly finds himself at the centre of everything.
Favourite Quote
Forrest Gump: My momma always said, "Life was like a box of chocolates. You never know what you're gonna get."

Into the West (1992)
After two brothers lose the magical horse their grandfather gave them, they set out on a quest to find him.
Favourite Quote
Papa Reilly: There's a bit of a traveller in everybody, Tito. But very few of us know where we're goin'.

The Goonies (1985)
A group of misfits search for a legendary pirate treasure to try and save their home from foreclosure.
Favourite Quote
Mikey: Goonies never say die!

The Lion King (1994)
Tricked into thinking that he is responsible for the death of his father, a lion cub prince flees into exile.
Favourite Quote
Mufasa: Everything you see exists together in a delicate balance. As king, you need to understand that balance and respect all the creatures, from the crawling ant to the leaping antelope.

Black Beauty (1994)
A handsome black stallion tells the story of his life in 1800s England, including his owners, good and bad.
Favourite Quote
Black Beauty: We don't get to choose the people in our lives. For us, it's all chance.

Space Jam (1996)
The Looney Tunes basketball team have a lot at stake, and they call on basketball legend Michael Jordan for help.
Favourite Quote
Announcer: And now, the player-coach of the Toon Squad, at six foot six from North Carolina, his Royal Airness: Michael Jordan!

Mrs Doubtfire (1993)
After Daniel Hillard’s wife throws him out, he finds a way to spend time with their children- by dressed up and posing as a female housekeeper.
Favourite Quote
Mrs. Doubtfire: Look at this! My first day as a woman and I'm getting hot flashes.

Jaws (1975)
A local sheriff, a marine biologist and an old sea dog must team up to hunt the killer shark that’s terrorising a seaside town.
Favourite Quote
Brody: You're gonna need a bigger boat.